1.What is the Tattoo policy in Indian Army, Air Force, Navy and Coast Guard?

Answer: All the Indian Defence Services have common Tattoo policy. So be it the Indian Army, Indian Air Force, Indian Navy or Indian Coast Guard, Permanent Body Tattoos are allowed only on inner face of the fore arms (inside of elbow to the wrist) and back or reverse of the palm. Tribals with tattoos which are as per their customs may be considered. However, right to accept/ reject rests with the Selection Centre.

2.How many times any Defence Exam Notification comes?

Answer: Most of the exams are conducted twice in a year. The notification is usually issued in Dec/Jan and June/July for

3. CDS form also comes twice but in July/Aug and Oct/Nov

Some other forms come only once a year like TA, MNS, CPF

4. What is the age limit to appear for NDA?

Answer. 15 ½ to 18 ½ while applying for it and 16 ½ to 19 ½ while joining. See the specific notification for exact date between which you should be born.

5. What is the age to join various defence forces?

Answer. To join various defence forces like Indian Army, Air Force, Navy and Coast Guard at 10+2 level the age is usually from 16 to 20 years and at graduation level it is from 18 to 25 years usually. See the specific notification for exact date between which you should be born.

6. Can I join defence forces with glasses?

Answer: Yes you can. All the defence forces like the Indian Army, Navy, Air Force and Coast Guard allow glasses. The requirement is that with glasses your vision should be 6/6. And without glasses it varies from different vacancies from 6/9 to 6/36. They also have a range of power that is allowed which goes from -3.5 to + 3.5 in Air Force X and Y and this range is different and lesser for all others vacancies.

7. Can I join defence with a broken finger or limb?

9. Is there reservation for SC/ST in defence?

Answer: Only in Indian Coast Guard and paramilitary Forces (the exam for which is conducted by SSC (SSC GD) for non officer ranks and UPSC (CPF) for officer ranks). In Indian Army, Navy and Air Force there is no SC/ST based reservation.

10. Is there reservation for wards of defence personnel in defence?

11. Is there reservation for sports persons who have played at national and international level?

12. What is NCC and what is the benefit of joining NCC if I wish to Join defence Forces?

Answer: National Cadet Corps is a two years programme that you can join through your school or Colege. You wear a uniform and get a basicmilitary training and learn discipline through it. They conduct certifications exams. NCC A, B and C Certificates. If you acquire the third one, you can appear in SSB interview directly without appearing in any written examination. Even A and B certificates have their own value and in non officer rank exams they either give you bonus marks (Army) or preference (in Navy and Air Force)

13. I got one teeth pulled as it was decayed and I have a filling in another. Can I join defence.

Answer: Yes, provided if your other teeth are healthy. Defence forces want 14 dental points. And that does not mean 14 teeth. They have a way of assigning points or marks to different teeth on basis of, cleanliness, strength count etc. and an adult with all teeth intact and healthy usually gets 22 points. So normally even with a tooth filed or broken, one clears dental standards set by defence forces.

Answer: As of they can’t. But lately it was in the news and from next exam or there after girls may become eligible to join NDA?

15. Can I join Air Force or navy through NDA?

16. Can I join Navy or Air Force through CDS?

17. Can girls join defence forces as a non officer?

18. Is there SSB interview for non officer ranks?

Answer: No. Its only for officer ranks.

19. Can I join defence as non officer and become an officer later?

Answer: Yes you can. They conduct internal exams for the same. In the IndianArmy they have ACC, PC(SL) and SCO exams. In Air Force and navy also they have similar provisions.

20. What are Commissioned Officers?

21. What is Permanent commission and short service commission?

Answer: through SSC you get to serve defence forces and the nation for 10 years. It can be extended by up to 4 years depending on their requirement and your performance. PC is that you serve till retirement. The age of requirement depends on your age and is normally above 50.

22. Do I get pension after retirement, if I join defence as a Short Service commission officer (SSC)

Answer: No. as the minimum service required to get pension is 20 years.

Answer: No its only for girls who have passed 12th in first attempt with Physics, Chemistry, Biology (Botany & Zoology) and English with not less than 50% aggregate marks as a regular student. Candidates in final year may also apply.

Answer: through AFCAT exam conducted twice a year, provided you are a graduate between 20 1nd 24 years of age.

25. What is Territorial Army?

Answer:  The Indian Territorial Army (TA) is a second line of defence after the Regular Indian Army; it is not a source of employment. It is only meant for people who are already working and earning somewhere but are passionate to join the Army. Males from 18 to 42 years of age can apply. Volunteers of the Territorial Army usually serve in uniform for two months every year, so that they can bear arms for national defence in times of dire need or national emergencies. They are often used during national calamities. They get salary only for the time they are called for duty every year. They serve as commissioned officers. 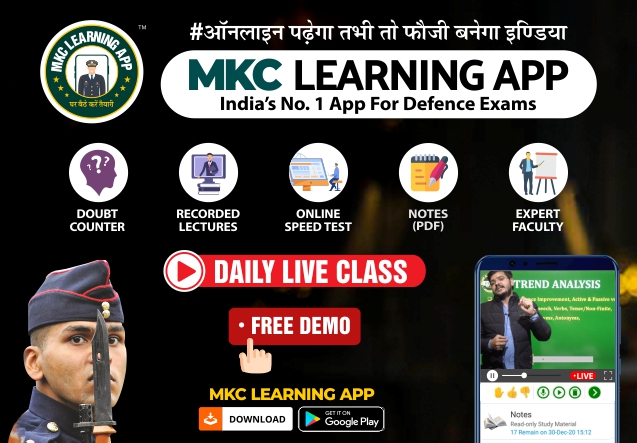 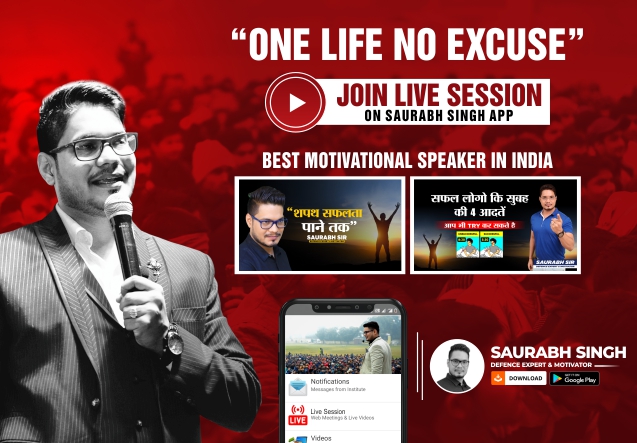 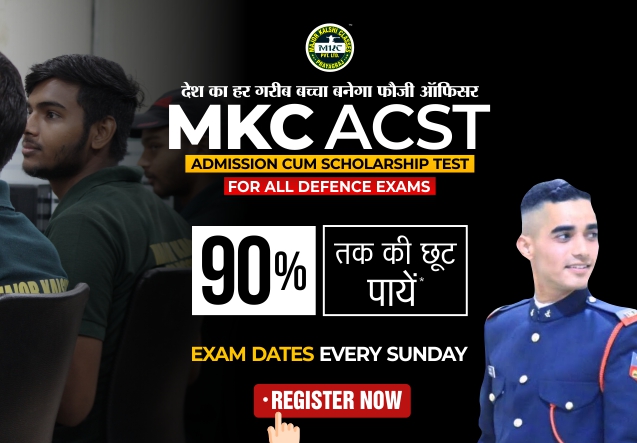 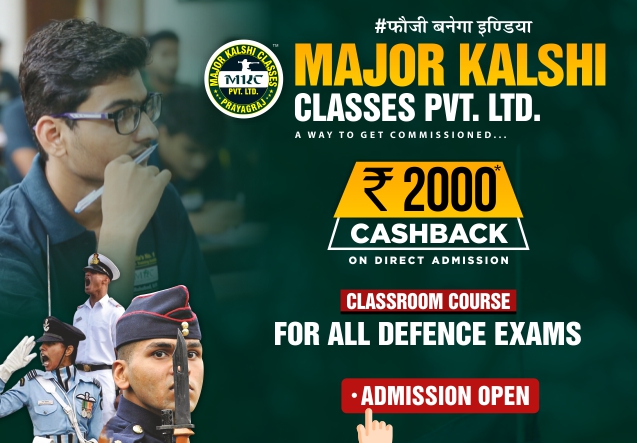 Take Addmission and get 2000 cashback in offline classes 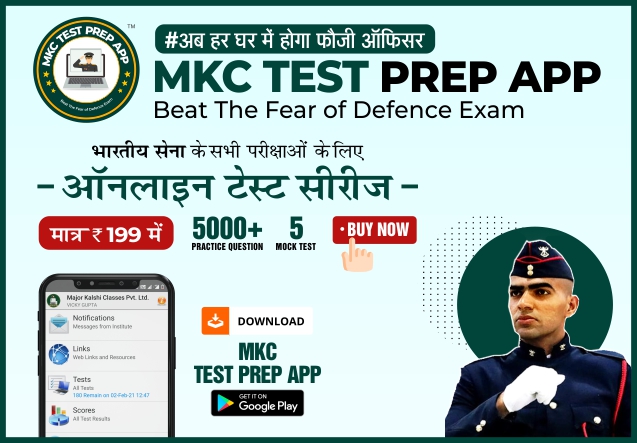 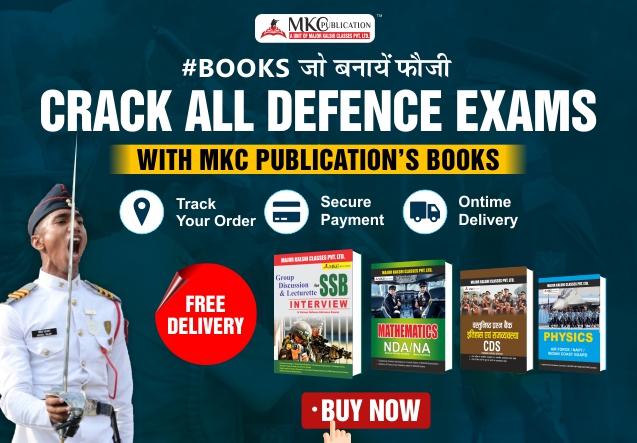 Get 25% Flat Disccount On Our Publication 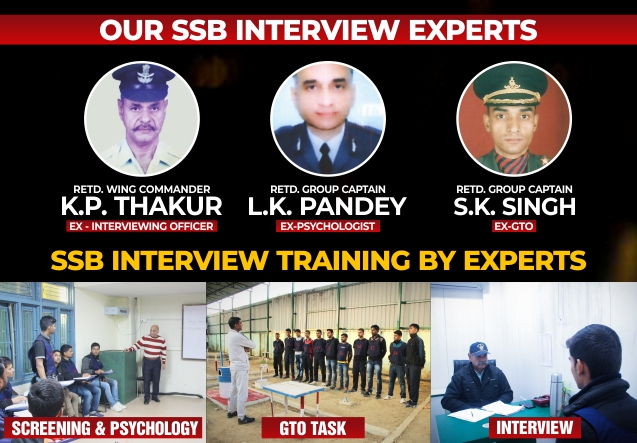 Join The Major Kalshi And Get SSB Interview Training with our experts. 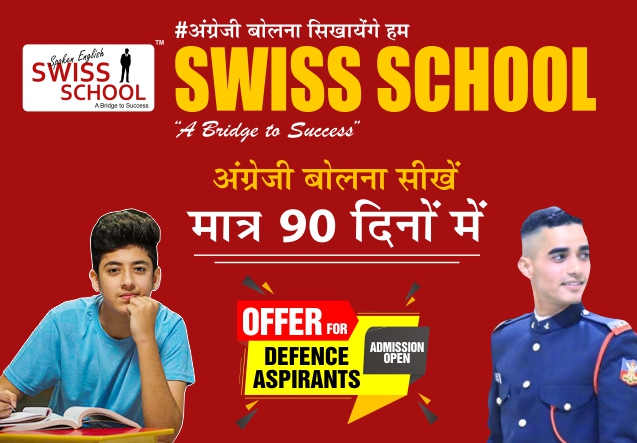 Be Sure to your physical fitness 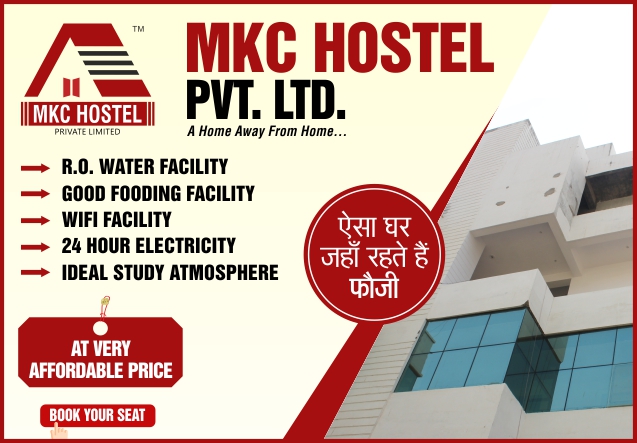 A Home Away From Home. 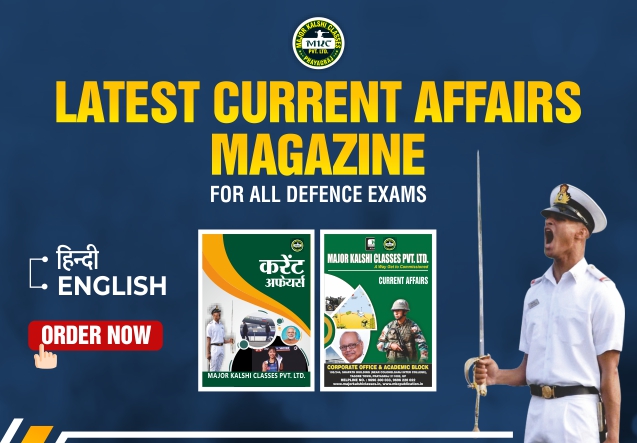 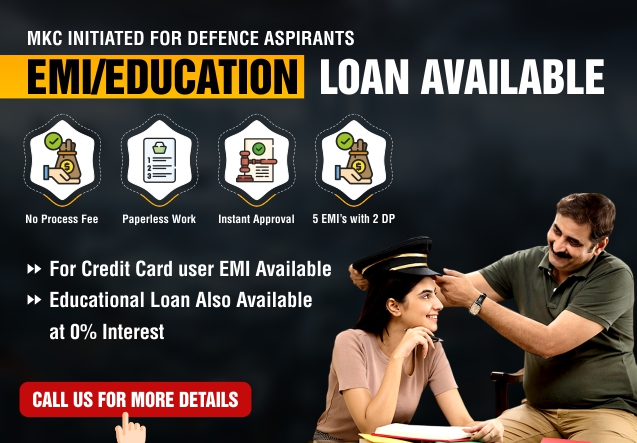 We have EMI Or Loan options also available. 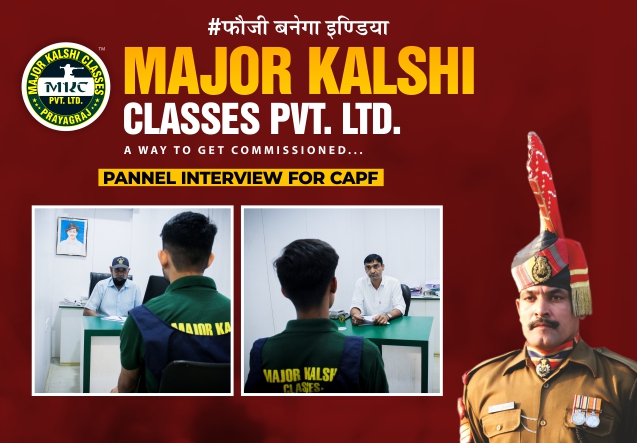 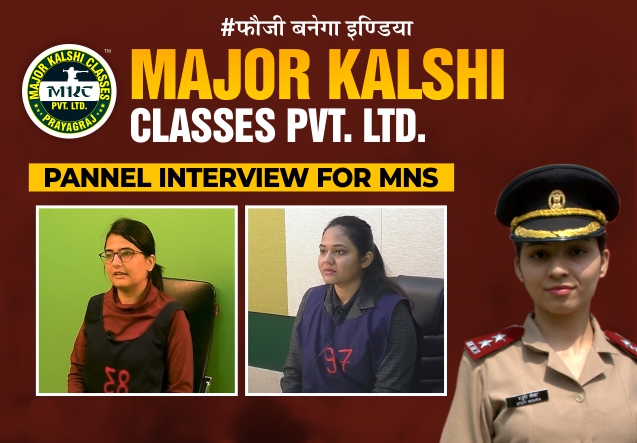 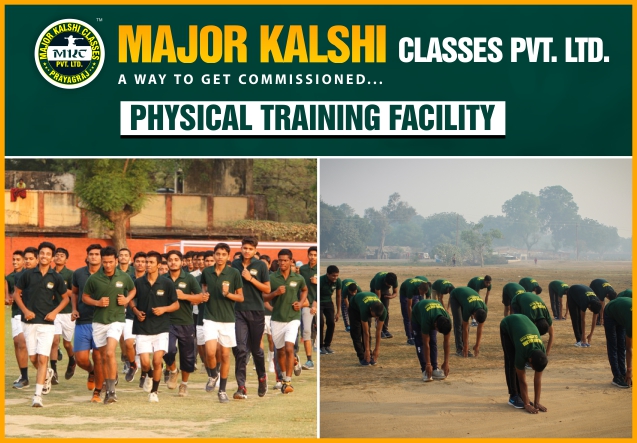 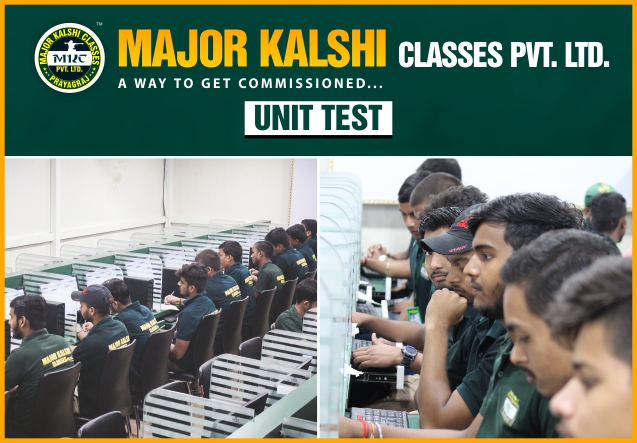 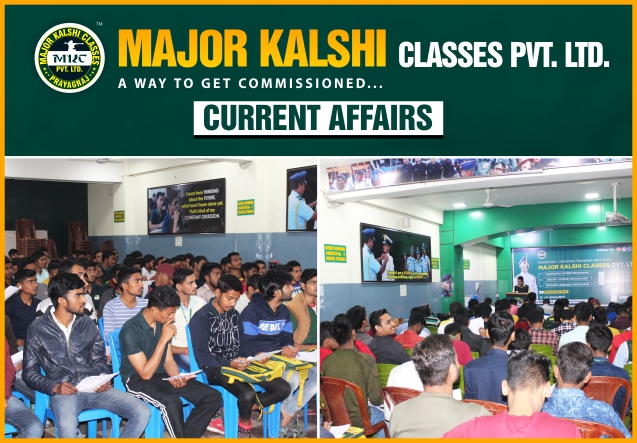 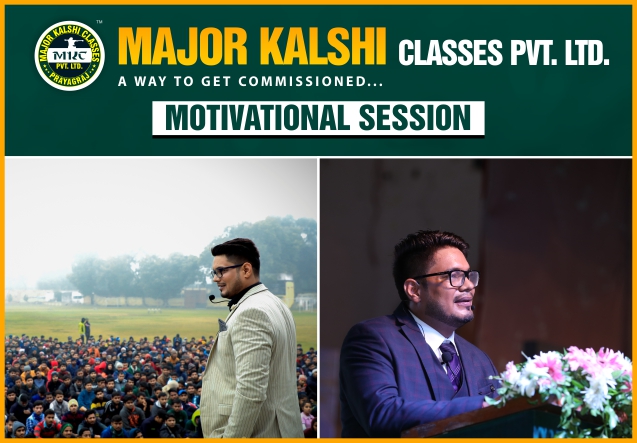 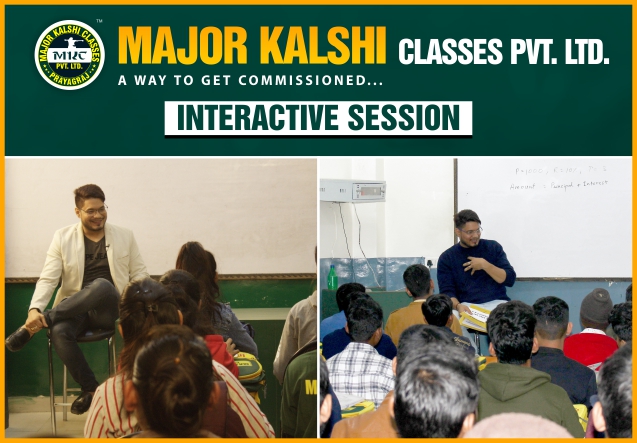 We have no branch in Delhi. Beware of institutions defaming the reputed name of Major Kalshi Classes Private Limited.